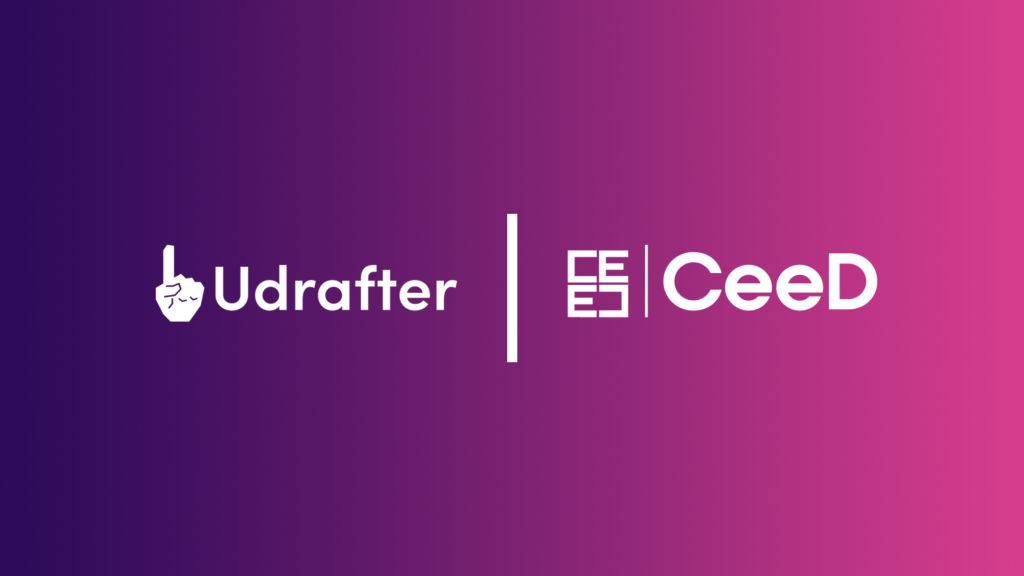 CeeD is a peer-to-peer membership organisation for the engineering and manufacturing community. Help companies through the very real challenges they face from things like plant maintenance, the manufacturing techniques to energy waste, health and safety, people development. Last year they were awarded the contract to manage the advancing Manufacturing Cluster Builder programme by Scottish Enterprise on behalf of the Scottish Government, and Highlands and Ireland’s Enterprise.

What was the project that you posted with Udrafter?

The project was to help with the data analysis and reporting requirements that we needed to do for the project. That was the main part of the project but because I am the only person doing marketing at CeeD, then we were hoping that in addition, we would be able to find a person who could additionally help or support some of the marketing activities that I don’t always get time to do.

Before CeeD hired an intern, what were the challenges that you were facing as a business?

I think it was time pressures, we’re a very small team at CeeD, but we’re, very busy and our work load has increased over the last year or so. It’s great to be really, really busy but there just not enough hours in the day to do what we needed to do. So that was the need to look for some support that could help us, particularly on this project.

Was there a moment that you’re just like, “I need to outsource this work.” or was it more sort of a gradual build-up of things?

It was a bit of both. It was a gradual build-up, and with the MD, we had the conversation and thought, “You know what? I think we need to bring in some extra help.” And the idea was to do that on a short-term basis initially because sometimes you’re not sure how much work you’re actually going to be able to give someone.

So what we didn’t want to do is bring somebody on and not have enough for them to do. Which is rarely the case, to be honest with you. But we didn’t want to offer something that we couldn’t then deliver. So it was important that would work for both the person that we might take on and for the project, and what we would need for us as well.

Had you outsourced work before?

In previous roles, I have. More using the traditional kind of recruitment agency approach to generally fill maternity cover positions or maybe a period of illness for a member of the team. So, yes, not on a short-term contract basis personally.

You said, you used traditional channels and agencies in the past. How did the experience compare to what you experience on Udrafter?

There was a speed element to it. I think being online, it was certainly quite a different way of doing it. But I did find the process quite easy. I think traditionally, you put up a job ad, wait for people apply and then you go through all the applications. With Udrafter it’s kind of quite different that you put out the job and then people post it on immediately. So it is definitely quicker.

So you could look through candidates quickly and see who might fit the bill rather than having to wait one or two weeks for someone to come back traditionally with a deadline. So that worked really well.

What drew you towards the freelance intern route, rather than looking for someone full time from the beginning?

It was a combination of knowing you might want to take somebody on a full time basis but your still defining what that might be. It meant that we could take somebody on a short-term basis to fulfil some specific activities of a project, while having an eye for, “Actually, we might want something more definite, more longer term.” Which I think sometimes can help you shape what that is as well as I think it also gives you a chance to see if the candidate that you’ve got is the right person for the role as well.

How did you find the virtual recruitment process?

So, actually, I found it fine because at CeeD we run a lot of events, and they’re in the virtual environment. I actually joined CeeD in the virtual environment, so I’ve only ever met my team members virtually. And we have a lot of contacts throughout the day, throughout the weeks. So I think in terms of the virtual recruitment side of things, I was quite comfortable with it. But bearing in mind that the candidates might not be so, I think we tried to make sure they were at ease and allow for, any distractions that might happen.

For example, there was certainly the one we did, there were certainly cats, dogs, and other people on phone during the kind of interview side of things. But that was absolutely fine because you have to accept that we are in a, ordinarily, I think people would be kind of quite, “Oh, my goodness. You know, that’s a bit.” You know, these kind of things really are just fine and actually quite amusing, to be honest.

Things just happen during the virtual way that actually just that’s life. And we just have to accept that now.

what you’re looking for from the individuals, would you say that’s based on, for this project in particular, was it based on cultural fit or was its skills focussed?

I’d say it was a bit of both. We certainly wanted somebody who had specific skills, more so they could take on the project quite quickly. I mean, absolutely would want to support a candidate and work with them, but that maybe is a little bit harder in the virtual environment.

So I think having some skills, some experiences that we were looking for, was useful. I do think culture fit is important as well. I think particularly when you are a small organisation, it’s important that you think that that person will get on with the various members in the team and would work well together. So I’d say a bit of both.

I think for us, the expectations of the project where A. this person would pick up and understand the programme. It is a little bit complex in the beginning because there’s lots of elements to it and lots of partners involved. So it was important that they would pick that up and grasp that quite quickly. Which the candidate did. And then to understand the various elements that we would need to fulfil the project.

There was some key things, with the reporting and admin side of things that were really important but what I was hoping, was that it wouldn’t take up all of their  time and there would be an opportunity to support with some of the marketing.

I think that has worked well, as they were able to do to the project and have variety in the role. I think if somebody was just working on effectively spreadsheets all day, that would drive them nuts, quite frankly. So it’s was important from the outset, even though this project person enjoys doing that, I think it was important to have a variety. So I’m trying to give them a variety of things to do and things that will obviously help them grow and develop as well.

How has the intern on your project, how has that impacted your day-to-day work schedule?

It’s been great. It’s been a great support because there are things I can actually delegate to someone to do. So I’m not trying to manage and do everything at the same time.

There’s a lot of students out there, maybe not have experienced the workplace. How has this particular intern, how has their integration been within your team?

It’s been great.  I mean, one of the things I think is it’s important you make somebody feel part of the team as well and so I was keen that I didn’t just leave this person to get on with something, and speak to them once a week. So from the outset, I wanted to make sure they were involved and part of the team. So I speak to, I arrange daily calls.

Beginning of the day. End of the day. So that’s even just using Teams chat. I think that’s really important, particularly in this virtual environment. Somebody’s working at home could be, it can be quite lonely for people.

To maybe to other business owners or managers that are out there who might be unsure about hiring an intern, or if they need one in the first place. What advice would you give them?

I would say that they should definitely consider it. I think there are a whole lot of excellent candidates out there. I mean certainly the ones that had expressed an interest in this project with Udrafter, there were some fantastic people on there with different skills and abilities. Some with some experience, some with not so much experience and looking to get experience. I was wishing we were a bigger organisation that could offer more positions as we’ve all been students, we’ve all been in that situation ourselves.

I understand how hard it must be at the moment to get the right role that they’ve actually done the degree in, and to get experience in. I would definitely say, Consider it. It can be a real benefit to your organisation  and a project by project basis is probably not a bad way of going. You’re helping somebody get on in their career as well as gaining something in your organisation. I mean, for example, I did a marketing degree many, many years ago.

So by taking on an intern who’s a more recent graduate, there’s things, particularly digital side, that they will have learnt and probably can teach me a thing or two. So I think it’s really important. I would definitely recommend it. I think it’s a good idea.

‍Discover how Udrafter can help you fill skills gaps, scale your team and continue to grow your business.